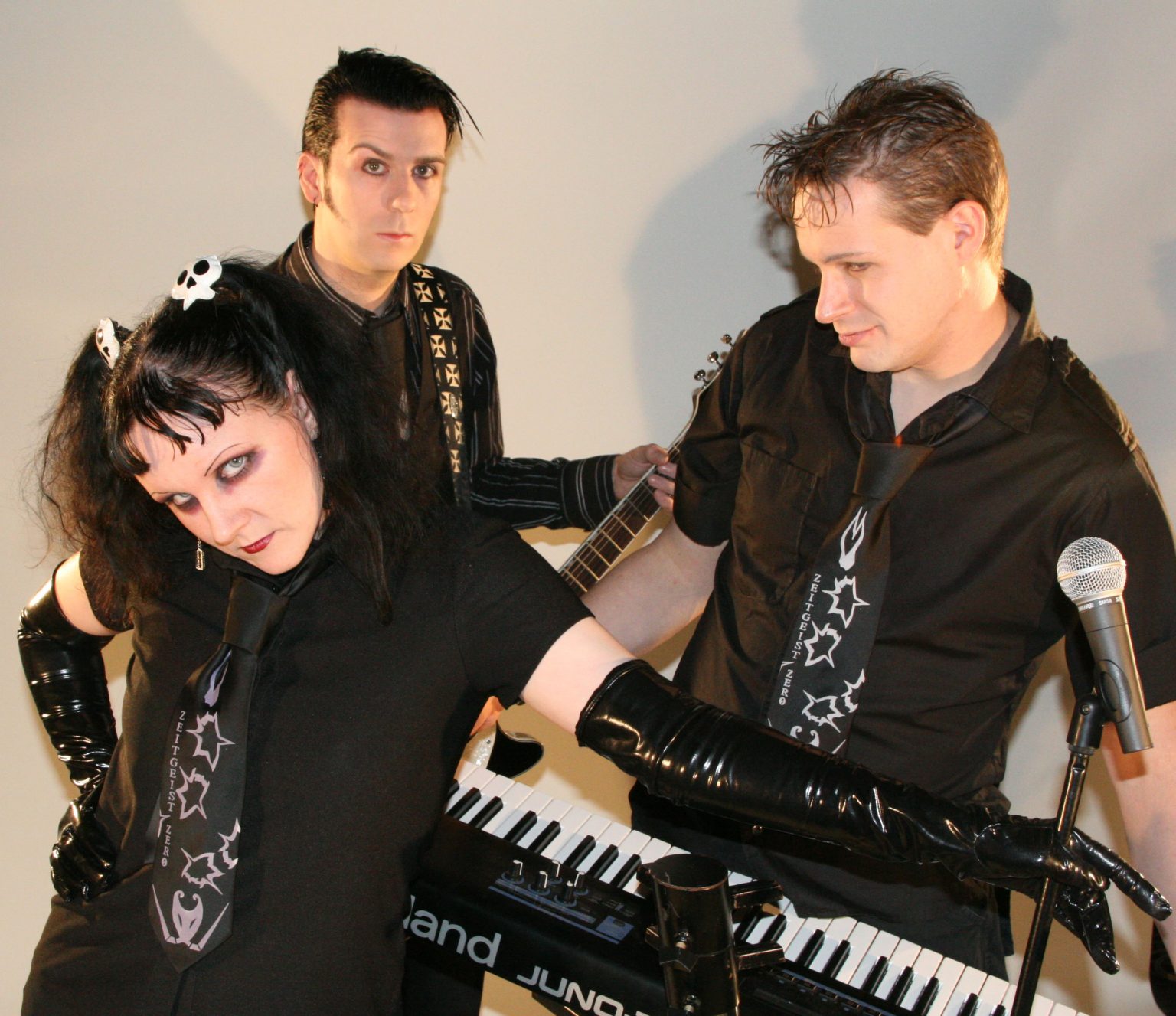 When I joined, Teresa Dead and Corin Zero, the nucleus of the band that would become Zeitgeist Zero (along with bassist Sarah Tonin), had already written the bulk of their first album, requiring me to add in additional keyboard, percussion and violin parts.  Sarah left shortly after I joined, leaving us to operate  as a 3 piece.

What I learned from Zeitgeist Zero was a new level of discipline and professionalism; singer   Teresa is a fiercely passionate frontwoman, lyricist and promoter while guitarist Corin is a meticulous technician and perfectionist in everything he does.  Neither of them were prepared  to cut any corners in pursuit of their vision and  would do whatever it took secure the right information, collaborators and equipment to make every project as good as it could be.   The  first album received attention around Europe and scored us an appearance at the Wave Gothik Treffen festival in Leipzig.  Soon our live shows developed to include customised video projections.

The second album “Dead To The World” was a total collaboration between the three of us and took us all to a new level both musically and in production techniques.  I played keyboards, bass and drums on the record, which was mixed by H.I.M./Depeche Mode/Clan of Xymox producer John Fryer.

I left the band just before the album was released, but stuck around long enough to finish recording it.  I regret that wasn’t around to help promote the album we’d worked so hard on together, but things were happening in my life at the time that meant it was time to move on.  After my departure, the band continued with a new line-up and are now a five piece, an accomplished live act and have just released their third album “Ghosts Of Victory”.  You can find their official website here.