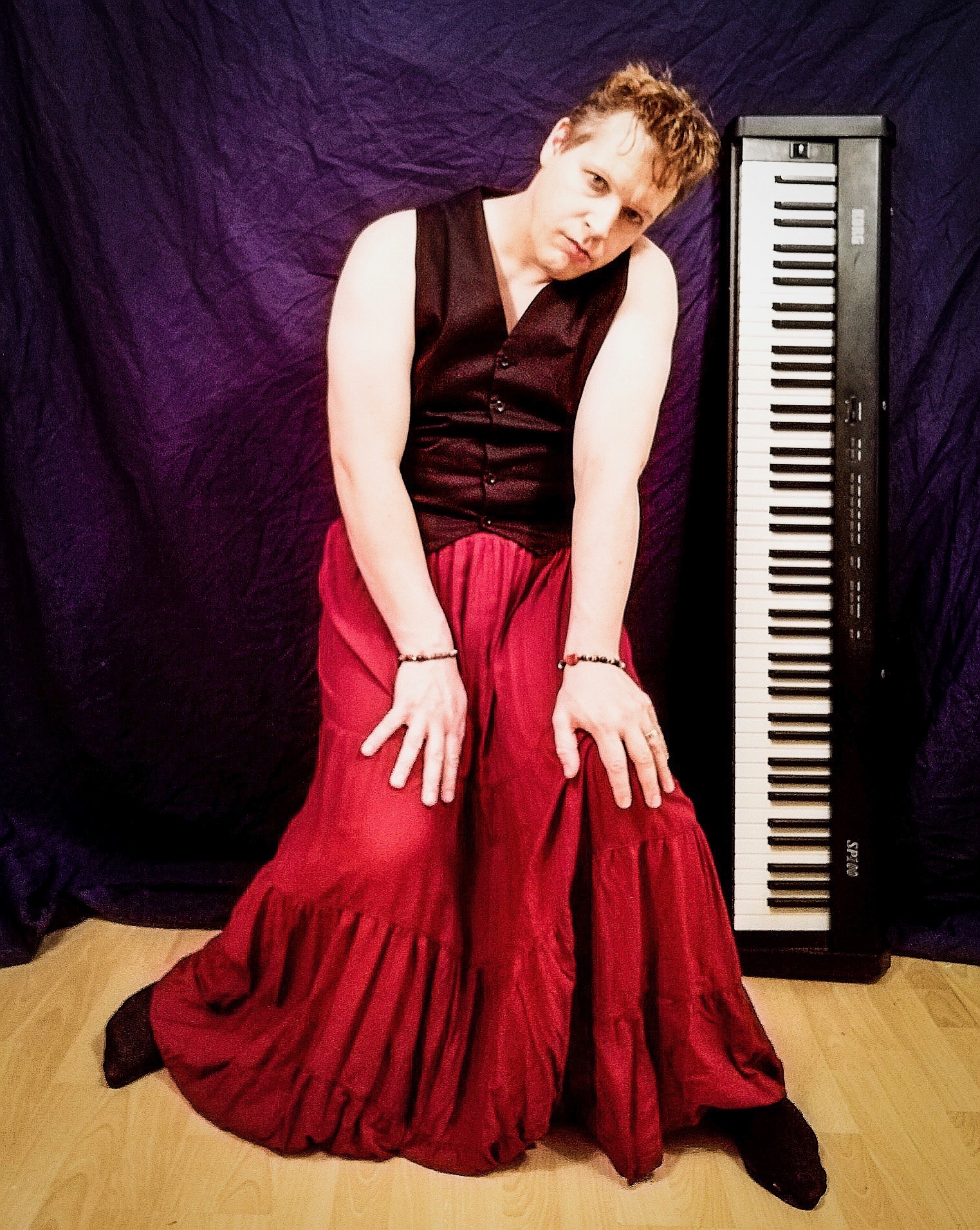 I mostly write about people. I happen to be one of the those people, but if it’s not obvious I like to be ambiguous about whether I am writing about myself, behaviour observed in others or fictional characters. In the age of social media, there is pressure for artists to more or less present their lives as an open book with their work judged as honest representations as their views, but that is extremely limiting (not to mention uncomfortable) from the point of view of the artist. Art is proposition as much as it is position – the purpose is not just to reflect life, but to explore fantastic and dark themes in the safest way possible.

In other words, I ain’t no psycho killer just because I write the odd song with dark or violent imagery. But when I do, it’s usually to make some kind of point, satirically or otherwise. I do not condone any such behaviour in real life.

The more positive side of my writing is about encouraging people to be and express themselves with confidence. I feel most fulfilled when I am able to reach people who feel alienated, misunderstood or just different to the people around them and want to be told it’s OK. I have no particularly beef with mainstream pop, good luck to everyone who finds themselves moved by it – but if for whatever reason you do not identify with what the mainstream offers as agreed identity, it’s nice to have alternatives.

Over time I’ve tried to move away from definitively explaining the meanings of songs and will often deliberately build in different avenues of interpretation via double meanings, puns and ambiguity. Partly this is to avoid writing songs that are patronising or preachy – no-one likes that – but also I’ve come to realise that once a song is out there it has a life beyond your control anyway. If someone finds a meaning in my work that I hadn’t intended, who am I to tell them they’re wrong? The only exception to this is if anyone ever tries to appropriate my work for hate propaganda or views strongly against my own, though in that hypothetical situation I would want to highlight whatever misunderstanding led to it and take any opportunity to subvert.

Musically I have three main stylistic influences: jazz, rock and DIY cabaret culture. I am a trained musician and make no apologies for deploying whatever advanced musicality I see fit for the job at hand, but I never want my statement to be “look what a good musician I am”. I like the term “punk jazz” (coined by Jaco Pastorius in the 1970s) to describe jazz and progressive music that is not concerned with being nice or institutionally valid so much as provoking a response.