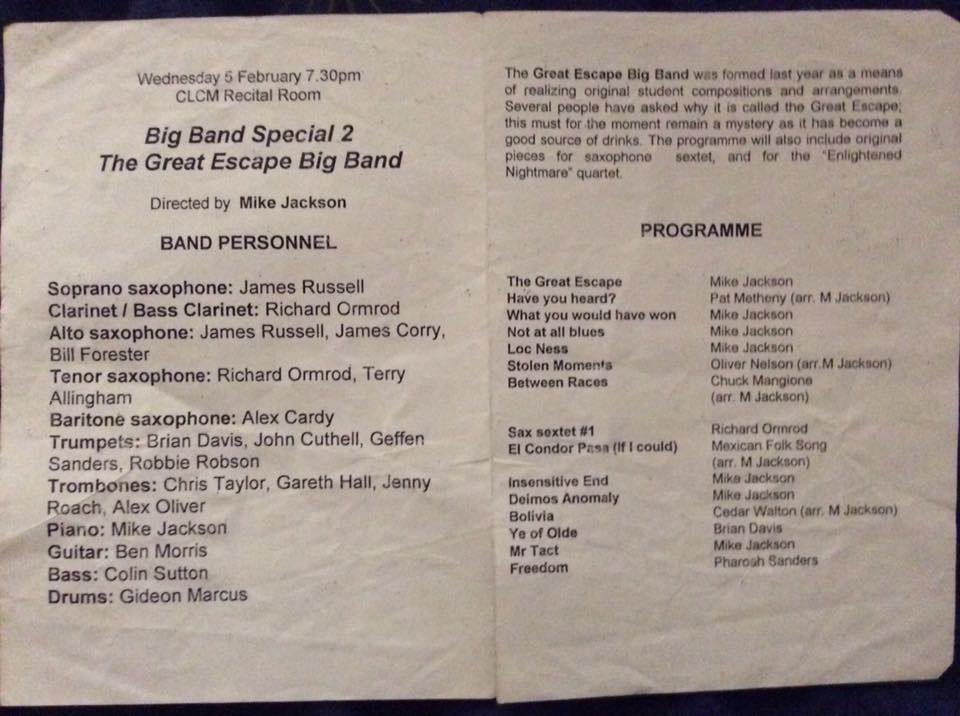 Formed in 1996 while I was doing the jazz degree at Leeds College of Music, the Great Escape Big Band was an 18-piece jazz orchestra made up of students on the course, many of whom went on to international careers.  I set myself the task of writing a new chart and preparing all the parts for the band every week – inspired as much by Django Bates and Frank Zappa as Duke Ellington and Stan Kenton, so the band’s sound included some unique quirks, including a six-piece sax section and liberal use of collective improvisation and BGN (Bloody Great Noise).

The below recordings were taped from a 1997 concert in the college recital room at Leeds Civic Theatre) and is still one of my favourite things to have done in music.