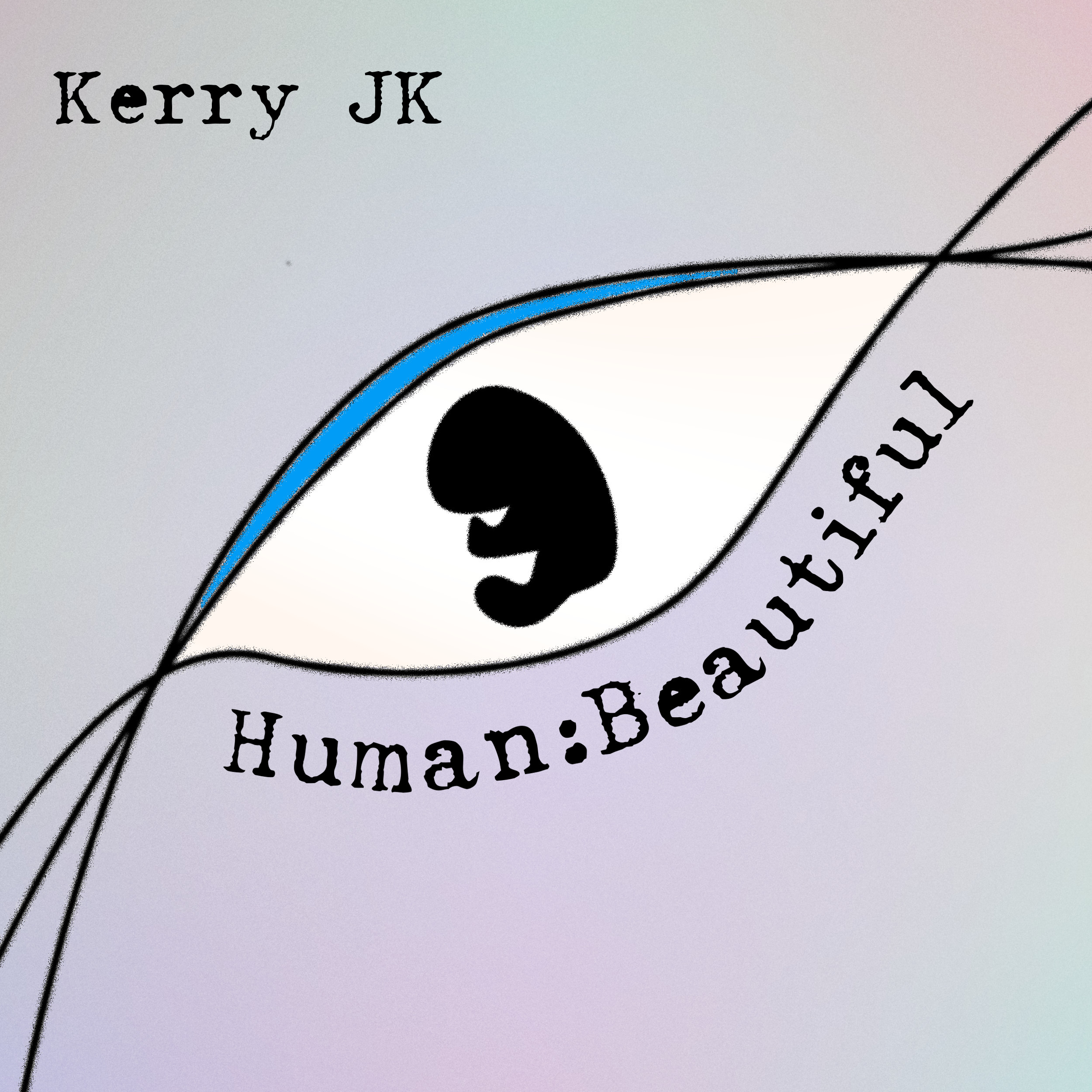 Produced over a two year period, Human:Beautiful has been through numerous reboots and re-recordings as I worked to decide on a cohesive production sound while working through some traumatic personal issues – what I have ended up with is a sound incorporating jazz and acoustic performances with huge electronic arrangements exploring the full emotional range of the misfit life, coming through depression, anxiety and finding the will to be yourself.

01 Human:Beautiful – a harmony acappella chant by way of introduction and foreshadowing of things to come.

02 Never Been Rich/Never Been Bored – an uptempo jam with a Lust For Life type groove and a quirky approach to mid-life reflection.

03 Sunlight In The Heart Of The Machine – with a title inspired by a vision of an oppressive industrial environment punctuated by a beam of sunlight coming through a crack in the ceiling, this is symphonic alt-rock with the message that, no matter how harsh and oppressive those in charge may be, this is still a world worth fighting for.

04 Arrested For Smiling – faux big band jazz with sneaky time signature changes and satirical lyrics on the inevitability of distrust. The production notes for this one included the phrase “make the piano explode”.

05 Be True – A stirring electro-pop anthem for the misunderstood, downtrodden and generally hard done by.

06 Edith Alone – A raw vocal performance to bare guitar and piano accompaniment tells the tale of a fierce, deluded and abandoned matriarch with topical political allegories.

07 Parallel – An industrial pop piece on dreams and the detailed worlds therein.

08 Really Down Day – an electronic blues jam exploring depression, anxiety and the battle to overcome.

09 Lottery Of Birth – originally written for the National Theatre of Scotland’s Songs Of A New Gendernation album and Beyond The Binary symposium, this is 80s style electro funk with big harmonies and a statement about refusing to be limited by gender stereotypes.

10 Quiet Time – a soft piano instrumental, a moment of calm.

11 I Am (Human:Beautiful) – defiant, operatic and with a new wave rock style inspired by the likes of The Stranglers, XTC and Toyah, this is a new, completely re-recorded version of the 2016 single that began the working cycle leading to this album.

All songs written, composed, performed and produced by Kerry Jackson-Kay