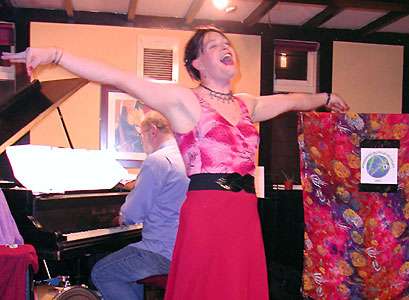 As part of our 2004 illusion act Devilish Deeds we created a number of different characters to perform as, but the one that ended up sticking was a drag escape artist by the name of Helen Held (The Girl No Man Can Hold).

Helen was originally an anarchic punk rock character, with rock guitar soundtrack and a masked leather clad assistant named Helle Augen.  After a while though I developed the character into a Bunty-esque retro heroine inspired by Pearl White, mixing escapes and illusions with old vaudeville and music hall songs and eccentric stories.

Helen was great fun to play and write for and went much further as an act than I ever expected.

Below are three vintage comic songs recorded as Helen, along with YouTube footage of a straightjacket routine entitled “The Ballad Of Mary Jones”.