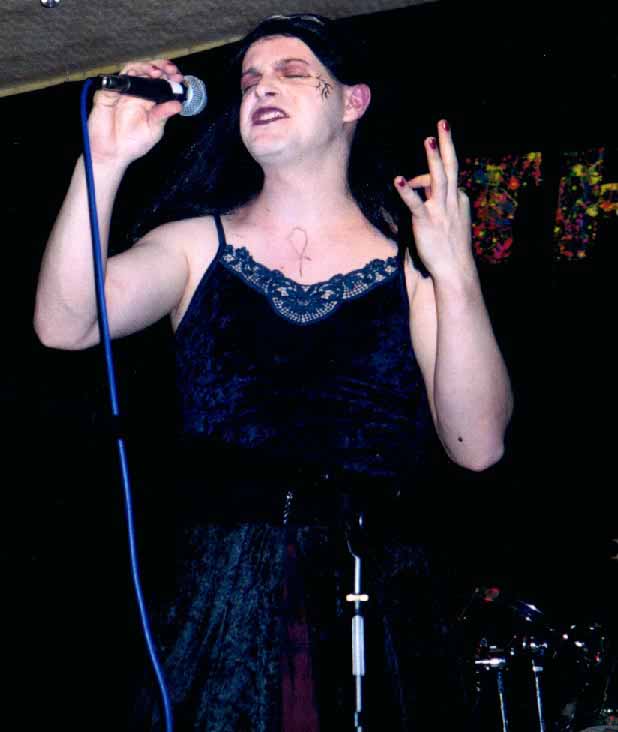 As The Darkness Hails The Witching Hour

Felicia Devile was a gothic drag act and an (affectionate) parody of the esoteric witchy goth music I was listening to at the time.  The band Excretia consisted of Felicia, her partner Darrell Pthisis and drum machine Rabid Bats and was named after the detritus of the forest floor (Felicia would accept no other definition of the word).

Despite the crumminess of the act I got to try some new things with the music, combining open distorted guitar parts with programmed textures and operatic falsetto vocals.  A recorded masterpiece it wasn’t and Felicia’s live appearances were very much what they were, but she was my first femme performance persona and a lot of fun to play.