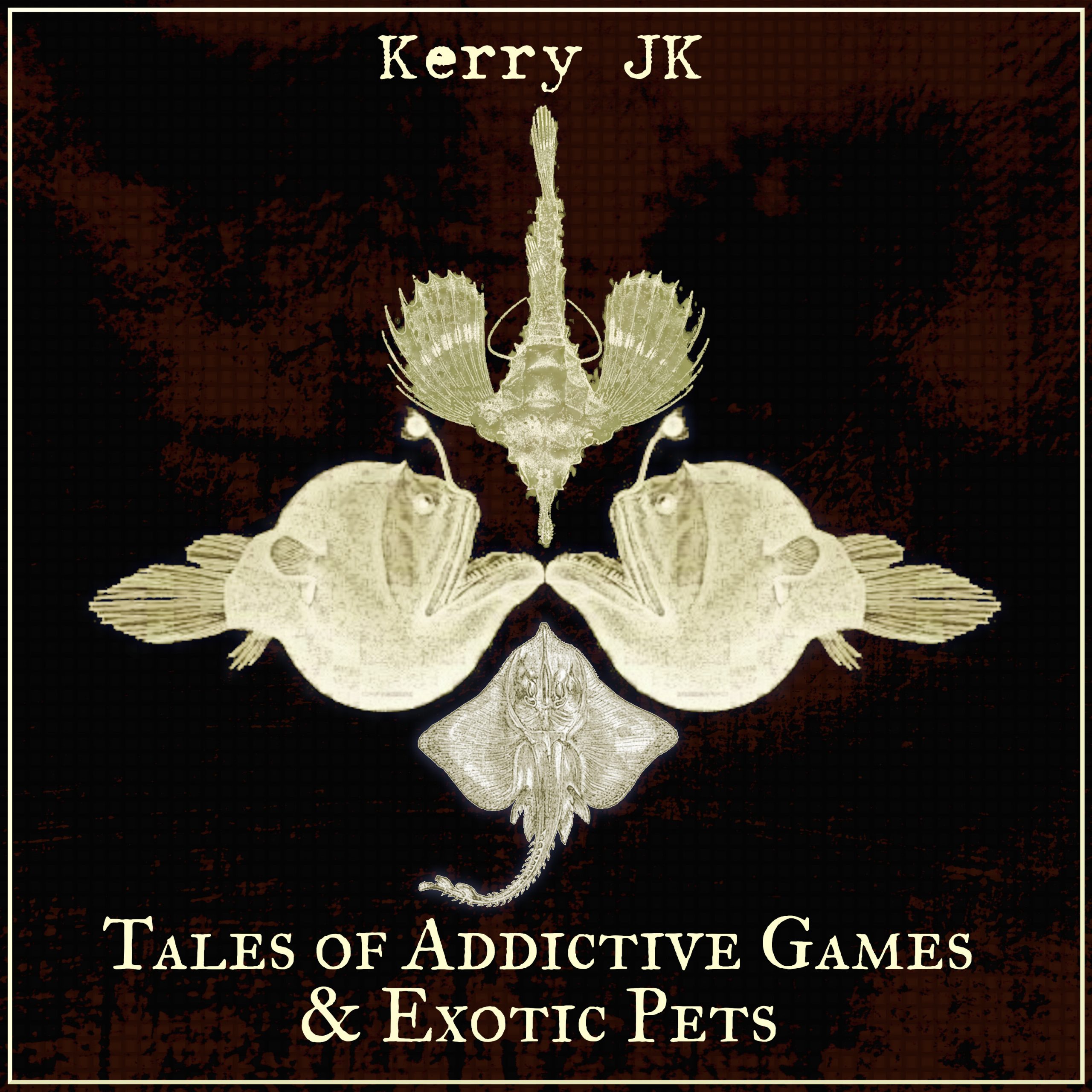 This album brings together material produced between 2017-2019, telling the stories of a cast of characters including an exploited angler fish, an obnoxious boy racer, a homicidal housewife, an overzealous street evangelist and many more. The album combines full band arrangements with my “Unangelic Voices” acapella vocal looping.

Made up of remastered and remixed material from the EPs Addictive Games, Exotic Pets and Only Robots Need To Think In Binary, the single Life as a Tourist (Dance Redux) and one brand new track.

Part of the Unangelic Voices vocal looping project, a statement of attitude to kick things off.

“My world is frightening… fear can be befriended, but self-destruction is an addictive game”.

Doris is a deep ocean angler fish, who finds herself exploited as a freakish aquarium exhibit following an encounter with an oceanologist.

“Way on down, out of sight, making culture in the night. We don’t need your approval to make us feel alright”.

For those whose idea of cultural empathy is to collect diverse specimens like fashion items, along with their causes.

“They’re so cute when they act like people, with all the funny things they say and do… and look at you, so noble, kind and caring for the animals in the zoo”.

Inspired by a terribly modified Volkswagen I once encountered, which crawled up the street at a speed inversely proportional to the noise of the exhaust and obnoxiousness of the driver.

“He revs it hard to show that he’s the man, at the pelican”.

A crime of passion confessed by its perpetrator, whose full story we will learn presently.

“If I hadn’t have been so deep in love, I’d never have known just what I was capable of”.

06 – The Ballad of Bandsaw Suzie

The grisly tale of Kentucky housewife-turned-murderess “Bandsaw” Suzie and her philandering musician-husband.

“She refused to plead insanity.”

An electronic reimagining of a song from Songs from the Age of Human Error, my first album as Kerry JK.

An account of self-destructive urges. Those that play the game of games don’t generally choose to, but you win by choosing life.

“I was Ophelia bathing in the stream. I was Sydney Carton smiling at the guillotine”.

A tale of liberal anxiety, guilty privilege and self-flagellation.

10 – The Truth Hurts the Teller

It is a fine thing to fight with conviction for the truth as you see it. But conflict and truth have a way of affecting each other.

“Before you go marching on another crusade, try not to think about the mess that your hero complex has made”.

Inspired by an encounter with an apocalyptic street preacher on a rainy day in Leeds, who I suspected to be less interested in convincing non-believers than they were about claiming martyrdom.

“She keeps herself going smiling over the fate that awaits them after they’re dead”.

“If you must make war, pay for it with your own blood”.

My response to news that the UK English curriculum was to focus on rote learning of classics.

“This is a poem they do not want you to memorise. But feel free to do so if you wish. And always ask questions of your own”

14 – Only Robots Need to Think in Binary

A salute to all shades of grey and those that refuse to pick a side.

“It’s about time to erase the lines”.

All songs written, performed and produced by Kerry JK (Michael Peter Jackson), with the exception of track 12: La Chanson de Craonne written by Anonymous (1917) to a melody by Charles Sablon. English lyric translation by Kerry JK with thanks to Jackie Stoneygate for her assistance.